Updates to Sarah's profile since your last visit are highlighted in yellow. 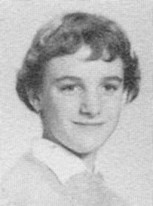 I had a rich, interesting time in Palo Alto and have loved my life as it’s unfolded afterward. My husband and I met during my sophomore year in college and have been together since then, living and working in Cambridge, Massachusetts, then Greece, then Heidelberg, Germany for 12 years and now in London.
I’d always wanted to be a writer and have written a history of Latin America (in Greek), a novel, half a dozen short stories, almost 100 poems, a memoir, much literary criticism and some translation (including three plays from classical Greek and a book of poems from Turkish). I've done a little teaching and editing too.
I’d never thought myself able to draw or paint, but my mother was a good artist and I found myself in midlife unexpectedly following in her footsteps, painting in oil and exhibiting my work. Since our move to London I’ve also spent much time playing and composing music.
Both our daughters work in the helping professions, one as a clinical psychologist and one as a medical social worker, and I now seem to be following in their footsteps as well, earning a diploma as a life coach, through which activity I look forward to helping others have as much fun in life as I’ve been privileged to have.
Here's a photo of our family, together (except for one daughter's husband, who didn't get into the picture) in April 2011.

Miss Varnedoe, Mr. Vittetoe, Mr. Martin's PSSC Physics. Everyone on stage in the senior talent show singing "Oh, We Love High School" and "Paly High" (music by Richard Rodgers, lyrics by me). Being elected the "most radical" member of our class (but I wasn't,really) in the tradition of Joan Baez.
We were all a trifle too young and so just missed Joan, in her absolute debut performance in that year's senior talent show, singing "Scarlet Ribbons". I've heard it was the most beautiful and moving singing ever.

Dear Vivian, Thank you for sharing with us this tribute to Jack, our much loved and admired classmate, and welcome to our class.
--Sarah Niles Kafatou

Back to Sarah's Profile Details