Paly Gym in the News 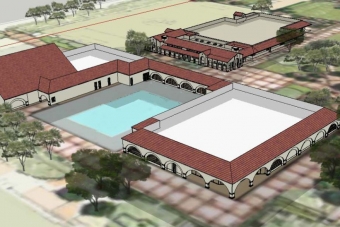 Posted on Wednesday, December 11 at 3:09pm | By Peninsula Press 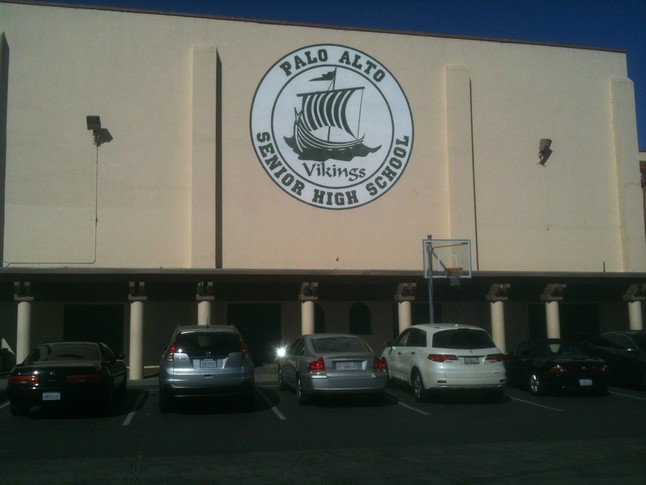 An anonymous donor is offering to give the Palo Alto Unified School District up to $20 million to rebuild the outdated indoor athletic facilities at Palo Alto High School, District Officials revealed this week.

The unprecedented gift was greeted enthusiastically by trustees at Tuesday night's Board Meeting.

"We are incredibly lucky to have a community that cares as much about our schools and our facilities as much as our community does," said Board Member, Melissa Baten-Caswell.

Although the small and main gymnasiums at Paly are in need of replacement, they were not among the projects that made the cut to receive funding from a $378 million bond measure passed by district voters in 2008.

"It's in our plans, but it is far out in our plans," Baten-Caswell said. "We would have to do some more bonds beyond where we are today in our plans. This would speed that up dramatically."

The anonymous donor is a parent of a student in the district and his extended family has a long history of community involvement and philanthropy according to a report prepared by Bob Golton, the District's Bond Program Manager.

Under a plan the District is developing with the donor, the $20 million would be combined with $5.47 million in bond funds that have been allocated for a new weight room at Paly, Golton said. The donor would then work with an architect and construction company to build new gymnasiums as well as a wrestling room, dance studio, weight room and classrooms.

The donor envisions constructing facilities that are on par with the ones at Menlo School, a private school in Atherton according to Golton's report.

District officials will discuss the project with various school groups in the coming weeks and a community meeting has been tentatively scheduled for Feb. 21. The Board is expected to review conceptual designs at its March 12th meeting and take a vote on March 26.

"Provided the designs pass muster, construction on the indoor athletic facilities could start as soon as May 2014," Golton said. The project is expected to take about a year to complete.

The new facilities would be roomier than the existing ones.  According to a chart shown at Tuesday's meeting, Paly would gain 15,085 sq feet for a total of nearly 38,900 sq feet.

"Along with the students, the community stands to benefit from the larger facilities," Paly officials said.

"In any given week, we're contacted by anywhere from 5 to 10 organizations that are looking to book a field or gymnasium and we have to say, 'No' " said Assistant Principal, Kimberly Diorio.

"I think this has a huge impact on the entire community, because we'll be able to offer more times during the day, on weekends and nights when we can make these spaces available."